In the context of several journeys from 2007 onwards, I have developed a steadily growing fascination for the practice of photography. A selection of my pictures is published on my Flickr profile. On this page, I also highlight some facets of photography that make it interesting for me. 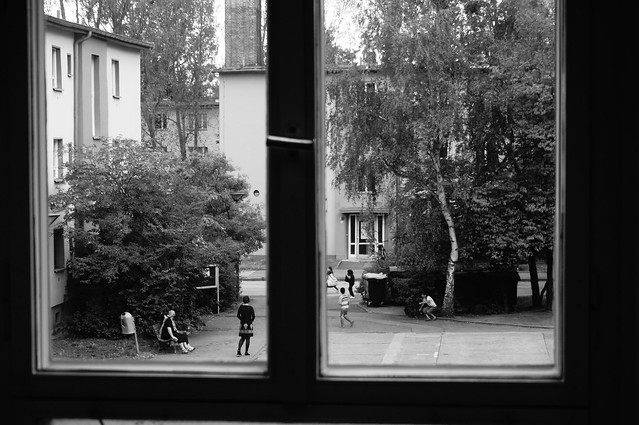 Images can store and transport a totality of experiential situations that words hardly approach. That is why they are so well suited as a medium for remembering. As a former part of the situation depicted, photographers are often confronted with their own condition, feelings or thoughts.

I had actually visited the transit camp Marienfelde in southern Berlin in 2015, in order to track the refugee past of my own family and the memories associated with it. Being there, I learned that the facility was once again established as a reception centre in the course of the so-called ‘refugee crisis’. I took the picture from a room in which the original furnishings of a family room were exhibited.

Today I remember how I thought about whether and how my grandmother had once played down there herself, and how the room of the people depicted differs from the place where I was taking the picture.

Some pictures are literally overladen with meaning, similar to caricatures. They invite us to read stories and theories, sometimes even supposed truths into them. With these pictures in particular, it is difficult at first to simply describe what one sees or thinks one sees. And especially with these pictures it is usually worthwhile to follow their genesis.

Two children play tag in front of the monument of the battle of Ayacucho, which once paved the way to independence for today’s Peru. From my position, the random movements of the children give the impression that they are playing with sword and bucket. A slight shift in space and time and the depth of meaning that ultimately arose – that present and past intertwine here in a peculiar way and thus open up interpretations – would not have come about. 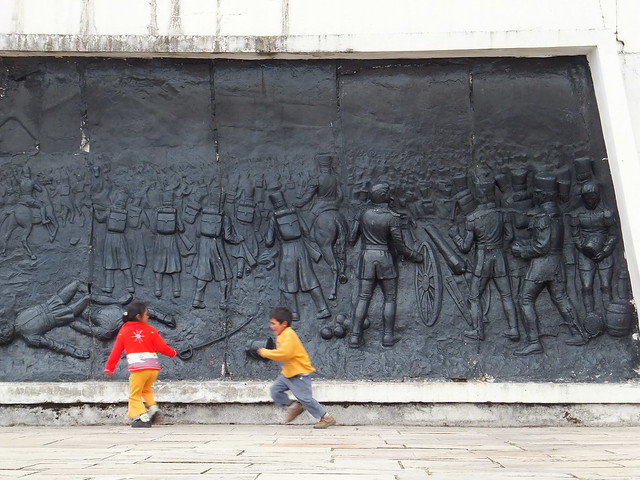 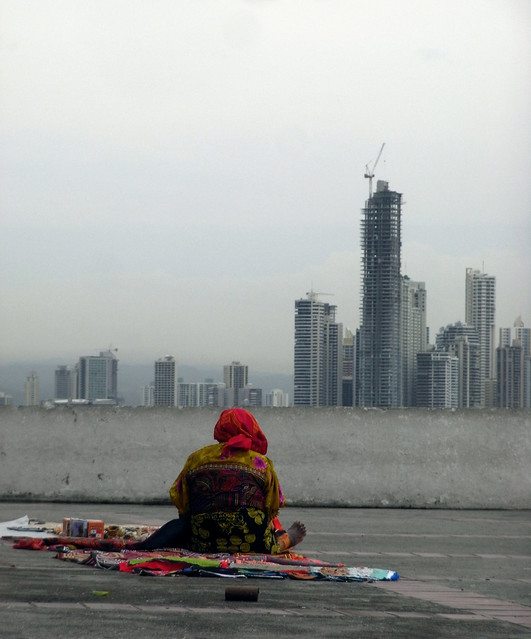 Perhaps the most exciting but rarely told story of pictures is the one about their production process. Many pictures come along in a smooth yet strange way, as if it never takes a situation and photographers embedded in it to produce them. The practice of photography, however, shows very clearly, sometimes in an embarrassingly touching way, how much a supposed observer is always part of the scenery.

The picture on the left was taken in summer 2008 in front of the skyline of Panama City. A park-like terrace in the continuation of the old town is a popular destination for tourists. The woman in the picture, a member of the Kuna minority, sells traditionally produced weaving and embroidery art.

Not visible in the picture is a panamanian couple right of the skyline, which I deliberately left out to emphasise the colour contrast between clothing and merchandise on the one hand and the grey skyline. I have slightly intensified this contrast in the post-processing of the picture. I rejected an alternative shot from a higher angle, because it would have undermined the massive impression of the concrete balustrade.

Some pictures only gain importance later. When you go through the archives, you suddenly come across picture here and there that immediately catch your attention. And one wonders why this picture was not processed or developed beforehand.

On the one hand, this gain in meaning is connected to a new present that allows more or even better references to the contents of the picture. On the other hand, it is of course also related to one’s own change: the person who shoots the picture is always different from the person who looks at it later – even if it is the same person.

Thus the recommendation, taken up in 2017 in León, Spain, that one should “not worry because everything is out of control anyways” gains additional weight in the face of the worsening climate crisis and the corona pandemic – even if one does not want to follow the advice. The timeliness of what happened yesterday is surprising here in a similar way as in the Marienfeld example. 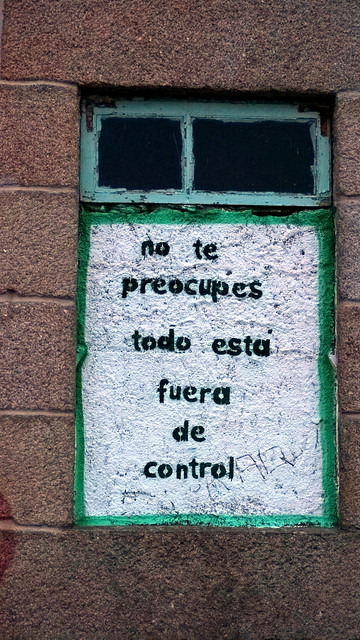